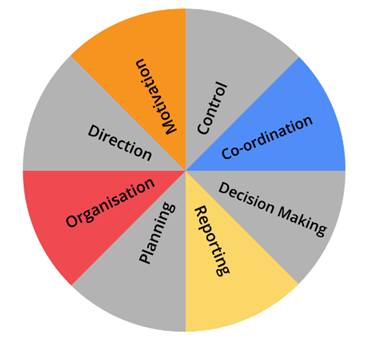 Discipline means following the rules and regulations of the organisation and
agreement of employment as these are necessary for the functioning of an organisation.
As per this principle, all the employees working in an organisation should function as a
unified team and should follow organisational discipline

According to this principle, an employee should receive orders from one superior only and to whom he/she should be answerable.

The principle of unity of direction states that those activities which have a common objective should be directed through one head and one plan.

According to this principle, the wages and salaries given to both the employer and the employees should be fair and equitable and should also guarantee a reasonable standard of living.

1. The process of concentration of decision-making power with one person is known as Centralisation.

According to this principle, there is a need to bring decentralisation through involvement of subordinates in decision-making but the final authority to take decision should rest with the top management as per centralisation.

According to this principle, there should be a clear line of authority from top to
bottom which will link superiors and subordinates at all levels

According to this principle, managers should be fair and kind towards their workers and they should treat all workers equally.

Stability of Tenure of Personnel:

As per this principle, employees should have stability
of tenure and they should be given enough time to show their performance and talent.
Also, repeated transfers and rotations should be minimised. If after settlement in the job,
an employee receives any transfer order, it will bring wastage of resources and he/she
will not be able to give his/her best to the organisation.

According to this principle, employees at every level should be given some
freedom so that they may come forward and use their abilities and skills to achieve the
expected goals

It refers to team spirit which means harmony in work group and mutual
understanding among employees. It will lead to creation of an atmosphere of mutual trust
and understanding in an organisation. It also focuses on the popular saying viz. ‘Union is
Strength’.

So, administration is concerned with managing resources, allocating tasks, making
decisions and solving problems. The function is to create favorable conditions for the
educational process and their maintenance at an effective level.

General Functions and Processes of Educational Administration include resource and program, planning
and policy making, provision and maintenance of funds and facilities, obtaining and development of personnel improvement of instructional programs, student personnel services, and maintenance of effective interrelationships with the community and external agencies.

School Improvement: Accountability for school improvement is a central theme of state policies. The No Child Left Behind (NCLB) Act of 2001 sets demanding accountability standards for schools, school districts, and states, including new state testing requirements designed to improve education. For bringing school improvement, purpose must be clarified i.e. the school district and the administrators and teachers who work in it are accountable for student learning. It means that what teachers teach and students learn is a matter of public inspection and subject to direct measurement.

Democratic Community: which is based on the open flow of ideas that enables people to be as fully informed as possible. It involves the use of critical reflection and analysis to evaluate ideas, problems, and policies. It places responsibility on individuals to participate in open inquiry, collective choices and actions in the interest of the common good.

Social Justice: It is the core of democracy in which every citizen is treated equally in social, economic, political, and educational areas. Excellence and equity are related to social justice.

Before 1976, Education as a whole was a State Subject and the Central Government used to play only an advisory role. The Forty-Second Amendment, in 1976 education was put on the Concurrent list. The implication of making education a concurrent subject is that both the center and the states can legislate on any aspect of education from primary to University level. Now, education comes under Concurrent List and for this both the Central and State Governments become meaningful partners in it.

Social Demand approach is to forecast future demands for seats keeping in mind social and educational trends as well as demographic changes. The underlying assumption in this approach is that expansion of education is beneficial to the economy and thus, additional expenditure on education would not create a heavy  burden, which would be unbearable.

This approach is more prevalent in those societies which favour traditional cultural values, where decisions are taken on the basis of public opinions (in a fragile polity and sometimes in a democracy) and in societies where the social environment is generally pessimistic in nature.

Educational policy analysis starts with an identification and understanding of the major sectorial issues relevant to the country. These issues may be explored under different categories like:

A historical and evolutionary perspective on the dynamics of policies across time allows the educational planners and policy makers a better understanding of why a particular policy is being advocated at that moment. By studying the past, one also estimates the time required to achieve the goals set by the policy.

Social Justice approach emphasizes justice to the disadvantaged sections of society and is based on Article 45 of the Indian Constitution. This approach is aimed at making special provisions for the socially, economically and educationally disadvantaged communities for a longer duration. This includes opening Ashram schools for tribal areas, special concessions and scholarships, incentives and relaxation.