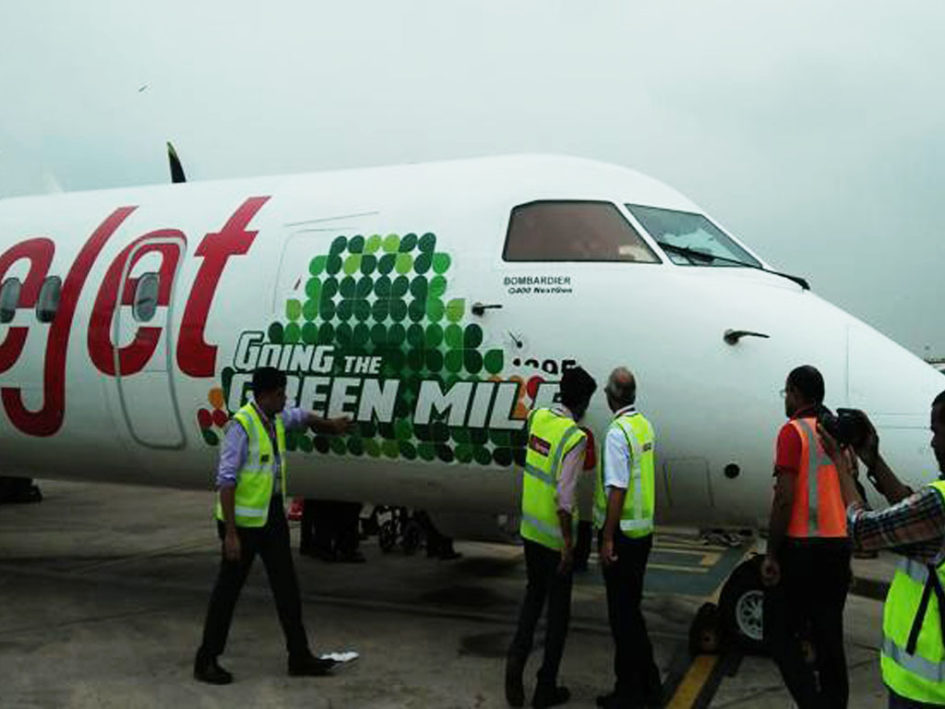 Spicejet operates India’s first bio-jet fuelled flight from Delhi to Dehradun. It has been developed by Indian Institute of Petroleum in Dehradun where refining has been done. Thereby, India has joined an elite group of countries to operate bio-fuel powered flights.

After the announcement of national biofuel policy, 2018 government has focused on its main theme of contributing to nations primary agenda of increasing the farmer’s income. So the production has been partnered with the 500 farmers from Chandigarh who contributed to the feedstocks of jatropha seeds.

Biofuels are the green alternative of the future. As the energy demand grows, such form of fuels must be effectively utilized. The term in itself is not new as countries like Brazil have been using it with the mix of ethanol at varied proportion. But the renewed efforts of the government marks not only the domestic demand but also international conventions like the Paris agreement which emphasized the utility of biofuels as an effective alternative to the conventional source of fossils.

There are three types of biofuel ethanol, biodiesel, and biojet fuel. These fuels are produced through any carbon sources of plants and animals. The push towards biofuel has been its comparative advantage with that of other renewables in the market like solar and wind. Though there are such other clean energy solutions with falling prices of solar panels, it’s been found practically unviable to be adopted by households. The initial capital requirements and its immobile nature provide a competing edge for biofuels which can be carried to another place with least effort.

Transportation accounts for 25% of all energy needs of which 62% of oil consumed over 70% energy consumption. This growing burden has been witnessed in the roads filled with additional vehicles more than it’s carrying capacity. With the increase in the intensity of vehicles there requires a viable model of diversifying traffic along other modes like air and rail where the biofuels provide an alternative source. The recently flown biofuelled jet is a 75% combination of conventional Air turbine fuel and 25% of fuel obtained from jatropha seeds.

There’s been a strong economic proposition for offering incentives to the growing automobile industry at the wake of shifting towards cleaner fuels.  The conventional mineral oils like petrol and diesel are costing heavily for the exchequer. Moreover, these fossil fuels are at its peak of utility. Estimates by International organizations suggests complete vaporization of fossil fuel by 2030. With the added pressure of reducing emmission by policymakers, biofuel exists as a viable alternative. The net carbon emission is very low as co2 produced by burning fuel is neutralized by growing feedstocks.