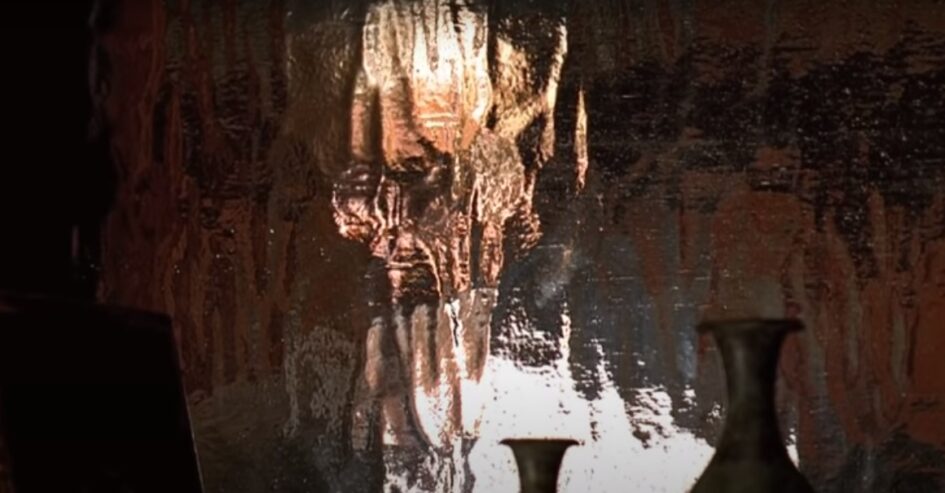 The film talks about empowering thoughts of youthful brothers and sisters by emotions.

The character space wrestles with their contradictory responses to the pressures of libido, reason, passion and propriety.

With all themes being intact, makes an impact

Art of the day suggests Love is just selfless and innocent.

To the Depths of Forever:

You’re the poison, Drew.
You’ve operated behind the scenes
to suborn the trust of a man…

who has stamped you with his imprimatur

of class, elegance and stature.

I’ve had the opportunity to be witness

to every kind and degree of deception.

But Bill Parrish has been on the receiving

end of machinations so Machiavellian…

that it has rarely been

my experience to encounter.

And yet, he has combatted them stoically and

selflessly, without revealing my identity.

the vow of secrecy he took,

have been far easier.

He could have turned

But he is too honorable a man

to have done that.

Because of me, he has lost his work,

his company, his reputation.

I’m compelled to end the need for secrecy.

“Should you choose to test my resolve in this matter, you will be facing a finality beyond your comprehension, and you will not be counting days, or months, or years, but millenniums in a place with no doors.” – Death and Taxes – Conflict of interest

“You understand that idea now multiply that by infinity, take that to the depths of forever and you still will barely have a glimse of what I’m talking about” – Joe black vis a vis William Parish

It was one of those days when it’s a minute away from snowing and there’s this electricity in the air, you can almost hear it. Right? And this bag was just dancing with me. Like a little kid begging me to play with it. For fifteen minutes. That’s the day I realized that there was this entire life behind things, and this incredibly benevolent force that wanted me to know there was no reason to be afraid, ever. Video’s a poor excuse, I know. But it helps me remember… I need to remember… Sometimes there’s so much beauty in the world, I feel like I can’t take it, and my heart is just going to cave in.

What The Heart Of The Young Man Said To The Psalmist.

Tell me not, in mournful numbers,
Life is but an empty dream!
For the soul is dead that slumbers,
And things are not what they seem.

Life is real! Life is earnest!
And the grave is not its goal;
Dust thou art, to dust returnest,
Was not spoken of the soul.

Not enjoyment, and not sorrow,
Is our destined end or way;
But to act, that each to-morrow
Find us farther than to-day.

Art is long, and Time is fleeting,
And our hearts, though stout and brave,
Still, like muffled drums, are beating
Funeral marches to the grave.

In the world’s broad field of battle,
In the bivouac of Life,
Be not like dumb, driven cattle!
Be a hero in the strife!

Trust no Future, howe’er pleasant!
Let the dead Past bury its dead!
Act,— act in the living Present!
Heart within, and God o’erhead!

Lives of great men all remind us
We can make our lives sublime,
And, departing, leave behind us
Footprints on the sands of time;

Let us, then, be up and doing,
With a heart for any fate;
Still achieving, still pursuing,
Learn to labor and to wait.

What can I say, Will? Time is a thief. One day you’re rich as an Arab. Next day you’re lucky if you can afford pistachio nuts. On the other hand, time is in love with some people.

When you love someone, you’ve gotta trust them. There’s no other way. You’ve got to give them the key to everything that’s yours. Otherwise, what’s the point? And for a while, I believed, that’s the kind of love I had.

There Is No Such Things As A Simple Miracle

What we do know is that, as the chemical window closed, another awakening took place; that the human spirit is more powerful than any drug – and THAT is what to be nourished: with work, play, friendship, family. These are the things that matter. That is what we’d forgotten – the simplest things.

Quan is more than just “coin – It means love, respect, community… and the dollars.

A real masterpiece – Movie made of quotes:

Carl Van Loon: your deductive powers are a gift from God or chance or a stray shot of sperm, or whatever, or whoever the hell wrote your life script, a gift not earned.

Carl Van Loon: Your deductive powers are a gift from God or chance or a stray shot of sperm, or whatever, or whoever the hell wrote your life script, a gift not earned.

Carl Van Loon: You do not know what I know because you have not earned those powers.

Carl Van Loon: You’re careless with those powers.You flaunt them and you throw them around like a brat with his trust fund.

Carl Van Loon: You haven’t had to climb up all the greasy little rungs. You haven’t been bored blind at the fundraisers. You haven’t done the time in that first marriage to the girl with the right father. You think you can leap over all in a single bound.

Carl Van Loon: You haven’t had to climb up all the greasy little rungs. You haven’t been bored blind at the fundraisers. You haven’t done the time in that first marriage to the girl with the right father. You think you can leap over all in a single bound.